Archives, lists, and taxonomies are central to the narrative structure of French writer and filmmaker Georges Perec’s writing.Transcending the impetus to impose spatial order, for Perec they are the locus of literary invention.Through an analysis of the spatial narratives of Perec’s texts and, in particular, the transition from taxonomy to archive embodied in his works Species of Spaces (1974) and Life: A User’s Manual (1978), Kulper describes three strategies that the discipline of architecture can learn from Perec’s approach.Through Perec’s example, architects can tap into the generative capacity of classification by activating the situation of the category (both its locus and the practices it engenders), by recognizing the creative potential inherent in the act of naming, and by allowing the multitude of empirical observations to yield to the figures that emerge from them. 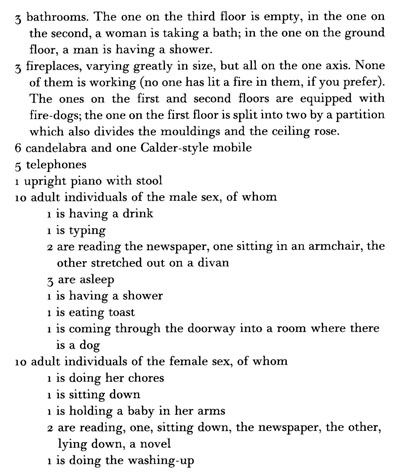