For architectural historians, it is clear that the name Aldo Rossi stands for overcoming postwar modernism, because it was through his theory of Architettura Razionale that attention was directed back to traditional architectural forms and types that had survived the test of time. However, this is only one aspect of Rossi’s theory. As a Marxist, Rossi felt that he had a duty to a historical model that explains architecture as the product of specific social contradictions. His theoretical texts therefore articulate different influences, which at times conflicted. When the 1973 Triennale di Milano was held, Rossi was obviously influenced by Hans Schmidt and the idea of the socialist city. This was entirely evident from his introduction to the exhibition catalog, but almost no one took any notice of it. This essay analyzes their relationship — seldom researched until now — with the aid of Rossi’s introduction and the writings of Hans Schmidt, which cast new light onto Rossi’s concept of type. 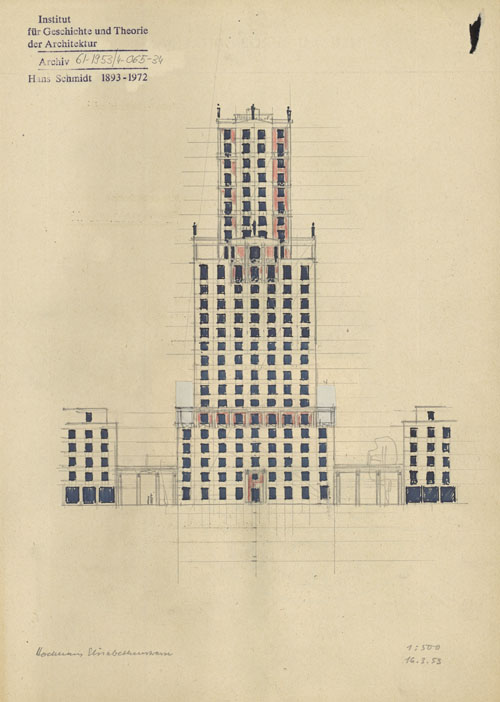