Juxtaposing the work and effect of the architectural historian Rudolf Wittkower and the critic Reyner Banham, Claire Zimmerman identifies a shift of focus in architectural knowledge in Britain between the early 1940s and the late 1950s. During the Second World War and in its aftermath, architectural historian Wittkower proffered “legibility of form” in architecture as the way to an immanent and coherent order, linking form to social identity and giving it the status of truthful representation. By 1955, however, Banham put forward a different kind of architectural knowledge. Banham discarded the phrase “legibility of form” in favor of “memorable image.” Truth-value receded, but memory-value became decisive. Banham registered a change in architecture culture; the relationship between visible appearance and form was superseded by the notion of forms to remember—forms that might, or might not, relate to other aspects of building. To introduce Banham through a discussion of Wittkower’s writing is to approach the space of postmodernism—where the identity of an image inheres in how it looks the way it looks, not whether it means what it says. The story of this transition is connected to photography, which performed a similar delamination of appearance from concrete objects in twentieth-century architecture.

The article is accompanied by the first German translation of Reyner Banham’s 1955 essay “The New Brutalism.” 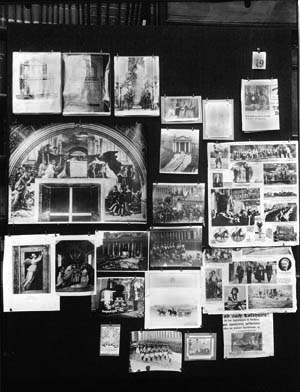