After the debacle over his participation in Märkisches Viertel, the large-scale housing development in West Berlin, Oswald Mathias Ungers retreated from practice to academia at Cornell University. From 1968 on, he witnessed the socioeconomic challenges to housing and urban development in the United States while reflecting on the changed expectations for architecture in face of the restructuring of the welfare state on both sides of the Atlantic. As André Bideau shows in this essay, Ungers’s “American” research hardly gives any indication of his later discourse on the autonomy of architecture; housing remained of central interest to him much longer than has been thought to date. However, with the discrediting of subsidized mass housing, the differentiation of postmodern urban society gained a conceptual relevance that Ungers tried to activate with his research on the Urban Villa. The summer academies with which he sought to reposition himself from 1977 on marked a turning point in a new, defining relationship between identity and urbanity. 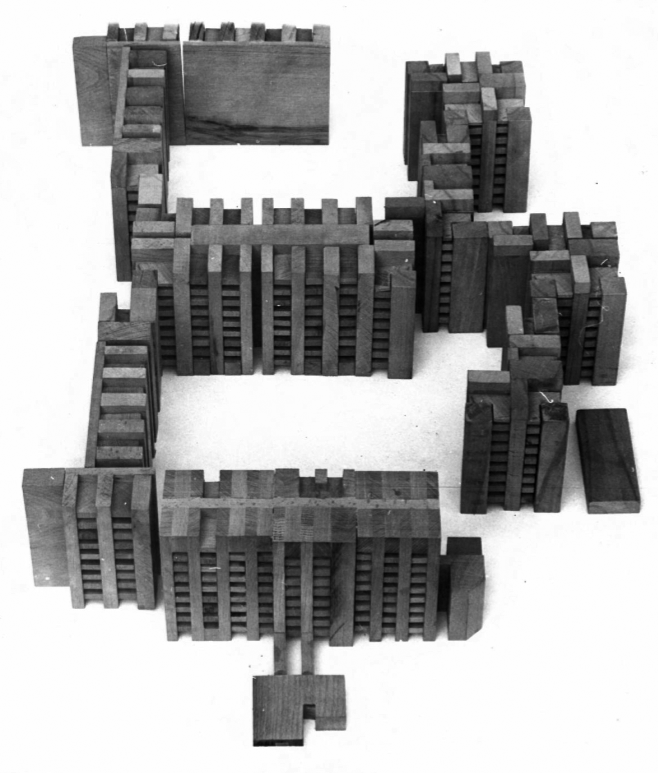