The issue begins with a fundamental statement on the relationship of science and art. The influence of the knowledge of acoustics on architecture theory has not been wihout interferences and contradictions. In her essay, Sabine von Fischer invites us to review an imprecise boundary as articulated by Adolf Loos, Herman Sörgel, and Siegfried Ebeling.

Tanja Herdt shows us that Cedric Price’s architectural-cybernetic thinking did not end with the dynamics of palaces of culture, but extended all the way to improving construction site processes based on the close observation of workers’ needs.

For years now, the demolition of large-scale housing estates in France has been broadcast in explosive images. Sandra Parvu and Alain Guez recommend a radical end to the consumption of images in order to move beyond the paralysis caused by the shock. Using fragments of oral history, they have created a nuanced composition reflecting on the reality of our suburban lives; its rhythms and chords make us listen closely.

Murielle Hladik enters gardens of memory to look closely at the remarkable and memorable objects revealed and exhibited through archeological meticulousness by the French artist couple Anne and Patrick Poirier in the course of their long career.

The issue concludes with questions. Can an exemplary building change the world? Which proposals and models could give specificity to the concept of sustainability today? Andres Lepik speaks with Anna Heringer about the political implications of buildings realized through participatory planning and about the simple beauty of their production. 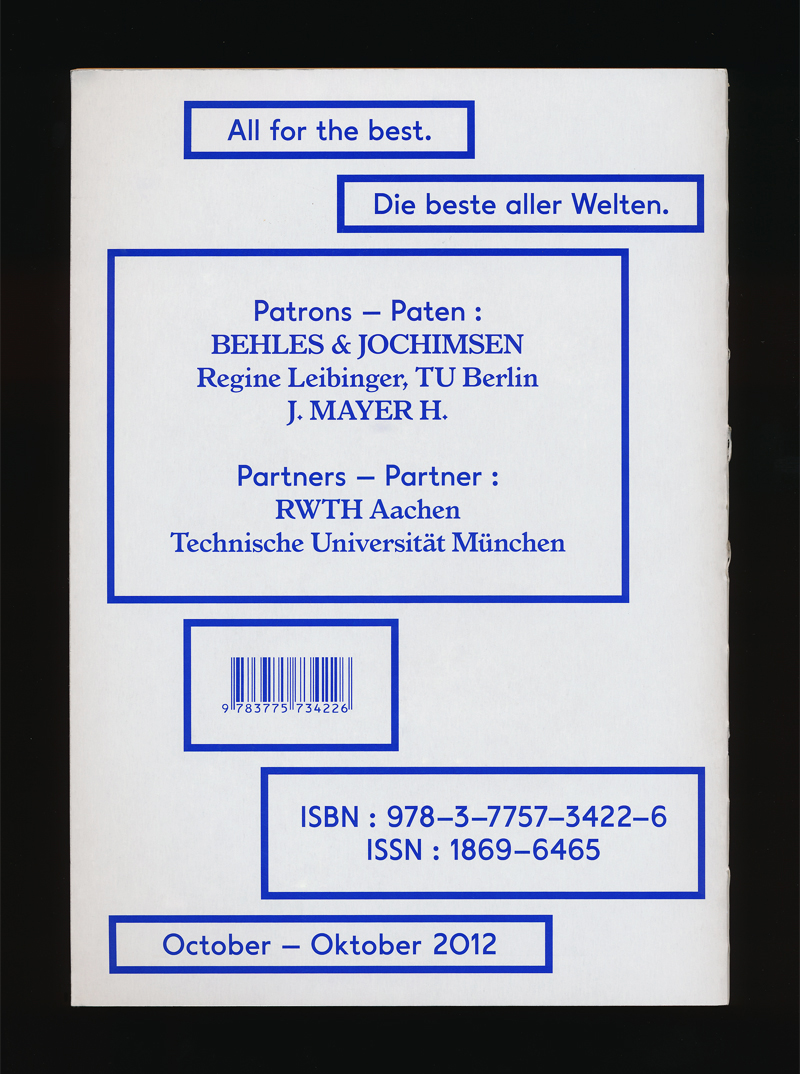