Patrick Schoeck
The Efficiency of Capitalist Housing Construction in Switzerland:
The Case of Ernst Göhner AG

This essay considers the relative roles of urban development policies, the construction industry, and architectural discourse in the large-scale production of housing in Switzerland. It focuses on the efforts of the Ernst Göhner AG corporation to develop standardized systems of construction of housing in Greater Zurich between 1920 and 1973. The company, named after its founder, was first set up as a modest window maker, and went on to become one of Switzerland’s biggest players in real estate development. It did this by continually improving its technologies and business strategies, and by taking advantage of political opportunities. Starting in the 1960s, the company began to take on planning functions typically performed by the public sector in order to implement its comprehensive system of standardized prefabricated concrete construction. In so doing, Ernst Göhner AG significantly contributed to Switzerland’s expanding urban agglomerations. By 1972, however, the public became increasingly critical of these practices. Many blamed Ernst Göhner AG for the failure of Switzerland’s free-market housing policies and the bland functionalism of residential construction. 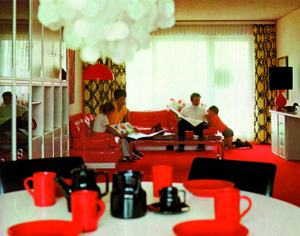